Contrasts in culture – from upland crofters to coastal fisher-folk; a living heritage of the Scots tongue; tales of religious conflict and battles long ago – plus some of the finest castles of the north. These are just a few of the themes for you to follow as you explore Moray Speyside. 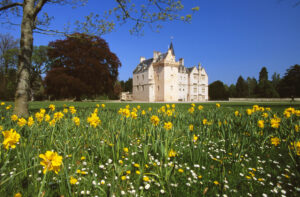 Set out in an easterly direction today from Nairn, visiting the Royal Burgh of Forres, multiple winner of Scotland in Bloom awards.

Forres is noted for the town’s history as an ancient burgh, the mystery of the Pictish Sueno’s Stone and for being the home of ‘The Real Macbeth’.   A visit to nearby Brodie Castle is essential where you can step back in time to the castle’s glory days when the Brodie family were one of Scotland’s most prominent families. Now under the care of the National Trust for Scotland, Brodie Castle is a wonderfully informative, historical visit, with guided tours of the Castle. Stroll around the grounds and visit the new Playful Garden at Brodie; reflective of the castle’s history and a great playground for children and adults alike.

The Three Witches from Shakespeare’s Macbeth are historically reported to have met at Macbeth’s Hillock near Brodie, between Forres and Nairn with Forres believed to have been the home of Macbeth.

Head now to Elgin and the historic ruins of Elgin Cathedral which, even as a ruin, has earned its name ‘Lantern of the North’, standing out as one of Scotland’s most ambitious and beautiful medieval buildings, set on fire by the ‘Wolf of Badenoch’ on the 17th of June 1390. From the Cathedral, it’s just a short walk to Elgin Museum – Scotland’s oldest independent museum houses around 36,000 items, most of which are on display. Items range from fish fossils dating back over 450 million years to a 21st Century AD energy saving light bulb, and cover everything in between. The collection illustrates the development and history of life in Moray, Scotland, Britain and connections with the wider world.

Overnight in Elgin or Forres 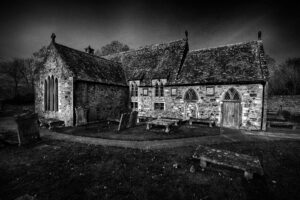 Travel on the A96 from Forres or Elgin towards Keith a typically Scottish community, awarded with the accolade of ‘Scots Toun’ status in recognition of the work the townsfolk do in promoting the Scots language and culture. Keith has several historic features such as Milton Tower (Keith’s oldest building – 1480) and the Auld Brig a picturesque packhorse bridge (1609). Stronghold of the Scottish tongue. There is also a popular traditional music festival every June. From Keith travel north-eastwards and to the coast, presenting a different face of Moray Speyside.

The attractive seaside community of Cullen features not just a ‘planned village’ built by the Earls of Seafield but also a ‘sea-toun’ – a little community of picturesque fishers’ houses, which sets the scene for the journey westwards along the coast. Take time to explore the coastal villages of Portknockie and Findochty where the highly characteristic colourful painted stone¬work of the houses makes the streets of these little towns a colourful experience.

Inland to Fochabers, another ‘planned village’, where the Fochabers Folk Museum and Heritage Centre provides an informative and interesting visit. Close by is the Walled Garden at Gordon Castle, a 15th Century Castle and Estate with a rich history and an excellent cafe! Continue westward by the A96 to explore the ‘capital’ of Moray – Elgin – a whole afternoon (and more) will be required to see its cathedral, museum, and to discover more about its medieval origins hidden in places behind the modern shop-fronts. 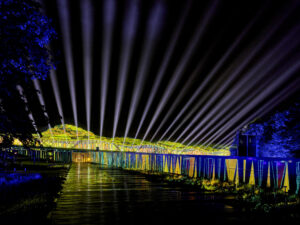 Travel from Elgin towards Craigellachie. Craigellachie forms an important part of Speyside’s whisky country. The new Macallan distillery nestles in the hillside above the River Spey.

On the outskirts of Craigellachie is The Speyside Cooperage – the only cooperage in Britain with a visitor centre. The Cooperage offers the opportunity to experience the ancient art of coopering. The family-owned business has produced the finest casks from the best American oak, since 1947 and today, continues to produce, using traditional tools and methods.

Many of the casks made at the cooperage remain in Scotland and provide a vital ingredient in Scotland’s whisky making.
Whilst in the area, visit Craigellachie Bridge – built by Thomas Telford between 1812 and 1814 and crossing the the River Spey. The bridge is an impressive feat of engineering and a great spot for a photo or two.

Take the A941 to the ‘whisky capital’ Dufftown, where in addition to distillery visits, the distilling of Scotland’s national drink can be explored at The Dufftown Whisky Museum which offers a unique opportunity to discover the secrets of whisky-making in days gone by and a fascinating insight into 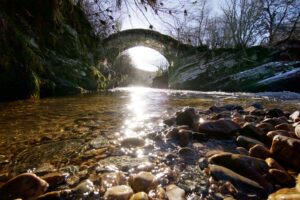 the lives and times of whisky smugglers.

South of the town lie the lonely and stark ruins of Auchindoun Castle, a 15th-century stronghold burned down as a revenge for murder! One of the most impressive castles in the heart of the Moray Speyside landscape is Ballindalloch Castle, a typical and stunning example of a Scottish Baronial Castle, known as the ‘Pearl of the North’. Spend time visiting the Castle and Gardens, home to the family since the 16th Century, where you can immerse yourself in the castle’s history, architecture and interiors.

Travelling onwards now to the Glenlivet Estate in the depths of Moray Speyside and location of The Battle of Glenlivet.

The Battle of Glenlivet formed an important part of the religious struggle in Scotland between Protestants and Catholics in the later part of the 16th and 17th centuries. It was the first battle in the Highlands of Scotland where artillery appears to have played a part in the action. Archaeological evidence of this historical event has known to have survived on the site. The Battle was considered at the time to be a religious battle between the Catholic forces of George Gordon, 1st marquess of Huntly, and Frances Hay, 9th earl of Erroll, and the Protestant army of Archibald Campbell, 7th earl of Argyll.

Passing through Tomintoul, the highest village in the Scottish Highlands, from where you can capture fabulous views of the Glenlivet Estate, this is a great spot for budding photographers, and journeying on to Grantown-on-Spey.

Grantown-on-Spey is a typically traditional town on the River Spey on the northern edge of the Cairngorms National Park. A beautiful and charming town, Grantown offers plenty to do for the day visitor and a unique opportunity to experience a traditional Highland town which dates from the 1760s.