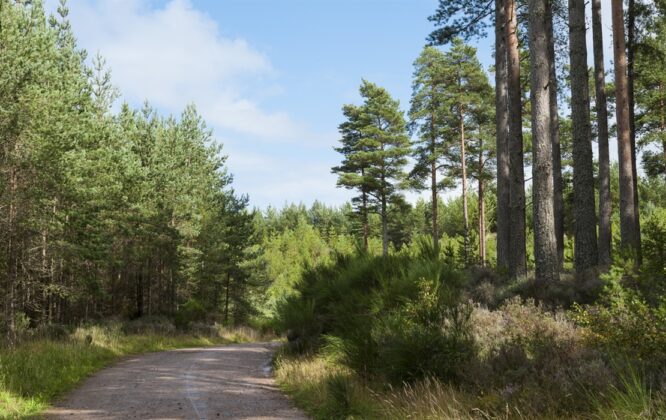 blockage.good.excusing Every 3 metre square of the world has been given a unique combination of three words. Find out more at what3words.com

One of Moray’s many Forestry Commissions woodlands with promoted access, it is located on the coastal sand dunes between Findhorn Bay and Nairn. It has a wide network of paths suitable for many users, including the signed all abilities trail, known as the Route 99.

This is a signed and promoted route which is ideal for first-time visitors. It’ll lead you along winding sandy paths, through forest and mossy clearings. The route up to Hill 99 and its ‘squirrel’s-eye’ viewpoint is well worth it. It’s suitable for nearly all abilities and takes a gentle gradient.

Why Hill 99? Probably named by early foresters, this is Culbin’s tallest dune at 99 feet. The circular route onwards from the summit has a few steeper sections that less able visitors might avoid by going back down the way they came. For others, the firm, waymarked path completes the circuit back to the car park.